It’s getting hot again at the Kirchdorf Cement Plant!

The rotary kiln is at the heart and center of our traditional Upper Austrian company. That’s where raw material gets converted into the valuable clinker.

While household ovens provide cozy warmth, the Kirchdorf rotary kiln heats up like a lion all year round. In 2018, the plant was trimmed to maximum performance – with success: thanks to an average clinker production of 1,114 t per day, the cement plant achieved its highest annual average performance in the company’s history – and with a substitute fuel share of almost 100%!

“Always supplying the cement mills with sufficient clinker, as our clinker stock from the previous year was already very low, was a daily challenge. Thanks to forward-looking planning and a well-rehearsed team, we were able to master this hurdle confidently,” said CEO Erich Frommwald.

After this challenging year – and an uninterrupted clinker production of 97 days achieved for the first time – there was finally a breather in January 2019. In a six-week general overhaul, around 140 tons of refractory bricks were installed in the rotary kiln and over 75 tons of refractory concrete was processed in the heat exchanger. All parts of the system were brought up to scratch and made fit for the new challenge this year.

A new heat exchanger was installed in the DeCONOx system so that the heat supply for Kirchdorf’s households is also guaranteed in the coming years.

Accordingly, on February 21st there was an electrifying voltage in the air the cement plant, when it was again said: “Flame on”. A simple match apparently won’t do the job. Something bigger is needed for this.

Margarete Machanek, one of the shareholders of the descendents of our company co-founder Emil Dierzer, had the honor to light the enormous stove in a solemn ceremony. A particularly hot event – after all, the flame is fired at 2000° Celsius! 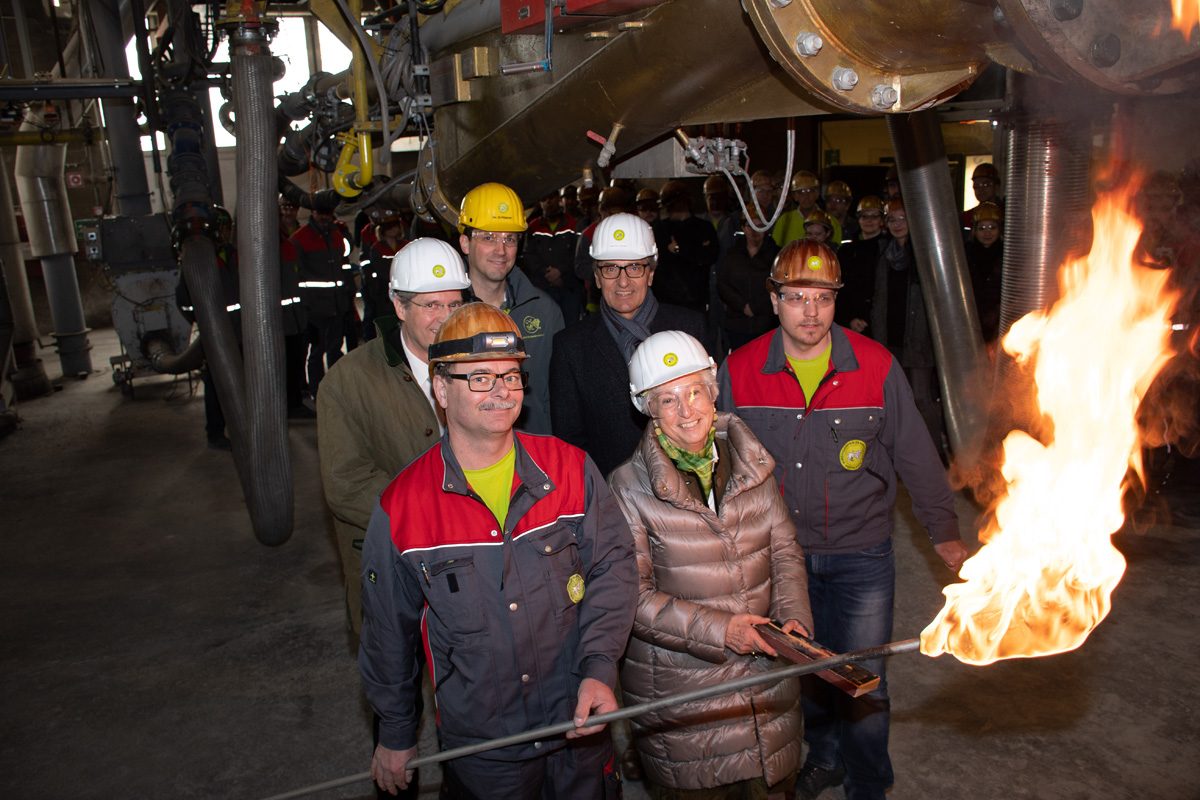