The Styrian community of Radmer an der Stube is located in an idyllic high valley east of the Gesaeuse National Park. In the past, the access to the popular excursion site had to be blocked repeatedly due to the high risk of falling rocks. In the future, passers-by will be protected from the souvenirs of the “Steinerne Jungfrau” (Stone Virgin) by a new stone-chip construction unique in Austria. Not least thanks to the massive special prefabricated parts from RAUTER – a subsidiary of the Kirchdorfer Group.

A few years ago, two rows of nets were erected to absorb the rock fall from the steep face called the “Stone Virgin”. But the difficult topography through which the L127 “Radmerstrasse” meanders in this area made a really effective stone chip protection almost impossible. At least until the Styrian government invested a total of 2.7 million euros in order to finally put an end to the risk of falling rocks. Of course, there is no technical challenge that Styrians do not face together – especially when it comes to the safety of passers-by. In addition to the executing engineers and construction companies, the Institute for Foundation Engineering and Soil Mechanics at the Graz University of Technology was also commissioned to calculate the actual hazard potential using simulation programs.

In order to permanently protect the 120-meter-long section of road, a total of 15 gigantic prefabricated columns were installed in the foundations prepared on site. The cantilever arms, which are fastened to the 28-ton supports, now span the huge rockfall nets across the entire width of the road. Pre-fabricated walls, 2 meters high, were also inserted between the supports, which were also produced at RAUTER Fertigteilbau GmbH in Murtal, Styria. No other precast element manufacturer in Austria was ready to face the challenge in the production of such supports, as RAUTER managing director Dipl.-Ing. Wilfried Klade reveals.

Dipl.-Ing Andreas Kammersberger from the Department of Road Infrastructure – Stock in the Office of the State Government of Styria confirms the difficult challenge on request: “Due to the complex geometry and the extremely thick reinforcement, the special prefabricated parts used are certainly not an everyday challenge.” As a specialist for special prefabricated parts, RAUTER has built an excellent reputation throughout Austria. With the spectacular project on Radmerstrasse, RAUTER has not only tamed the production technology challenges, but also the infamous Stone Virgin. 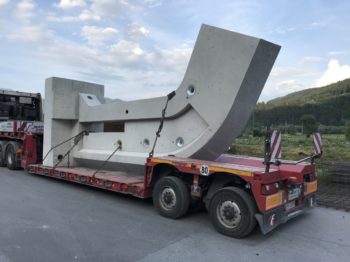 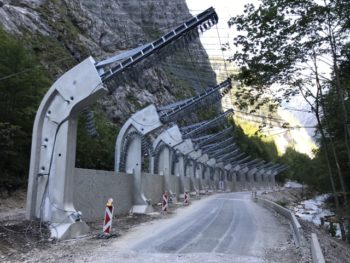 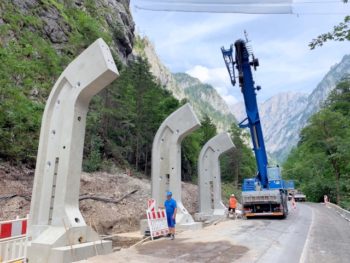 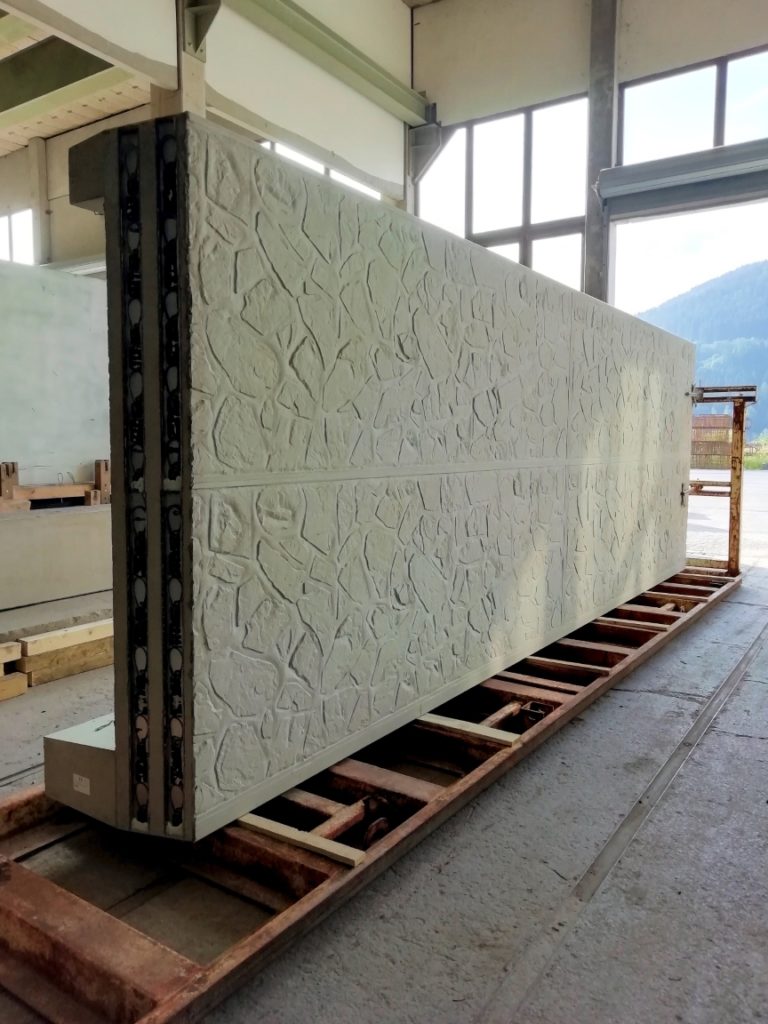 Delivery of the massive special prefabricated parts and installation of the 28-ton supports as well as the wall elements for the new rockfall sheeting on the “Steinerne Jungfrau” rock face along the L127 Radmerstrasse (Styria, Leoben district).
Reprint free of charge with attribution: © Kirchdorfer 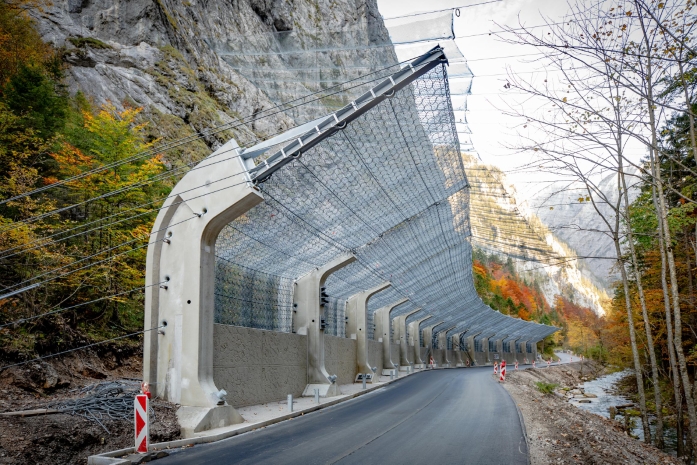 Top
We use cookies to ensure that we give you the best experience on our website. If you continue to use this site we will assume that you are happy with it.OKPrivacy policy